Head of the Agency

Agency’s Background information: The year 2009 marks the 15th anniversary of UNODC full-fledged presence in Central Asia with the UNODC Regional Office for Central Asia established in 2004 in Tashkent,  Uzbekistan. Now, 15 years later UNODC has programme offices with ongoing project portfolio in all Central Asian states and Azerbaijan.  The Programme portfolio has almost tripled in volume and coverage. It grown up from 26 million in 2004 to almost 70 million US$ in 2009, and it continues to expand. With a heavy emphasis on counter-narcotics assistance, the Regional Office manages an integrated program that links major national border control projects in three countries bordering Afghanistan with regional projects focusing on intelligence analysis systems and joint operations, including the Central Asia Regional Information and Coordination Centre (CARICC), precursor controls, Computer-Based Training CBT, controlled deliveries and establishment of dedicated law enforcement bodies, such Drug Control Agencies and mobile interdiction units.

Since the establishment of its office in Kyrgyzstan in 1997,  the UNODC has provided assistance to the country in development of the first national drug control programmes and starategies, in bringing natinali legislation in line with relevant UN Conventions on drug control and crime prevention, as well as in strengthening drug interdiction capacities along the borders. UNODC also assisted Kyrgyzstan in establishment of a dedicated Drug Control Agency and Mobile interdiction units.

UNODC’s Regional Office for Central Asia works in a region with large and dynamic drug and crime problems. As Kazakhstan, Kyrgyzstan, Turkmenistan, Uzbekistan and Tajikistan continue their challenging transition from post-Soviet independence, UNODC is assisting them in grappling with international drug trafficking, a growing drug abuse and HIV/AIDS epidemic, international and indigenous terrorist movements and pervasive corruption.

The United Nations Office on Drugs and Crime (UNODC) is a global leader in the fight against illicit drugs and international crime. Established in 1997, UNODC has approximately 500 staff members worldwide. Its headquarters are in Vienna and it has 20 field offices as well as a liaison offices in New York and Brussels. UNODC relies on voluntary contributions, mainly from governments, for 90 per cent of its budget.

UNODC is mandated to assist Member States in their struggle against illicit drugs, crime and terrorism. In the Millennium Declaration, Member States also resolved to intensify efforts to fight transnational crime in all its dimensions, to redouble the efforts to implement the commitment to counter the world drug problem and to take concerted action against international terrorism.

The three pillars of the UNODC work programme are:

Globalization has created an environment where illicit drugs, crime and terrorism can flow easily across borders. The welfare gains to be had from open trade and flow of public goods are, however, offset by the globalization of threats to human security. UNODC s interventions are therefore designed to contribute to the following outcomes:

In pursuing its objectives, UNODC will make every effort to integrate and mainstream the gender perspective, particularly in its projects for prevention and the provision of alternative livelihoods, as well as those against human trafficking.

Kyrgyzstan is being increasingly affected by the trade in narcotics carried out by organized crime groups. Traffickers are deploying more vigilant, effective and aggressive methods in their operations and there are indications that drug trafficking through and into Kyrgyzstan is fuelling extremism and other criminal activities. In addition, related organized crime and corruption are adding to the political-socio-economic problems of the country.   Mobile law enforcement is currently recognized as one of the most efficient ways to combat organized and trans-national crime and mobility in law enforcement operations through the establishment of joint interagency mobile interdiction teams (MOBITs) is an accepted strategic objective of Kyrgyzstan.  The project assisted the Government of Kyrgyzstan in establishment of mobile units in the Southern part of the country in order to combat drug trafficking and organized crime as well as to collect and analyse criminal intelligence information.

In line with UNODC strategy, the aim of the project is to build Kyrgyzstan’s capacity to curb and reduce corruption through the provision of technical assistance to the General Prosecutor’s Office (GPO). A number of activities include training for GPO, e.g. in investigative techniques, mutual legal assistance and asset recovery. The project will also provide policy advice, assistance in updating the anti-corruption strategy, training in corruption prevention, as well as support to the national agencies in organising public education campaigns. 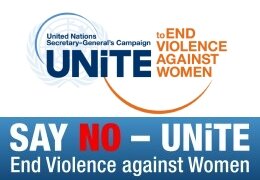 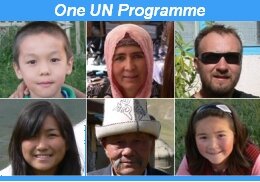